At the 2019 Vicsport Annual General Meeting held on November 19, Vicsport’s affiliate members voted to re-elect Ron Gauci to the Vicsport Board while Peter Filopoulos and Jamie Parsons were elected as non-executive Directors.

Peter and Jamie both bring a wealth of experience and knowledge from various avenues of the sports industry and are passionate about advancing Victorian sport. 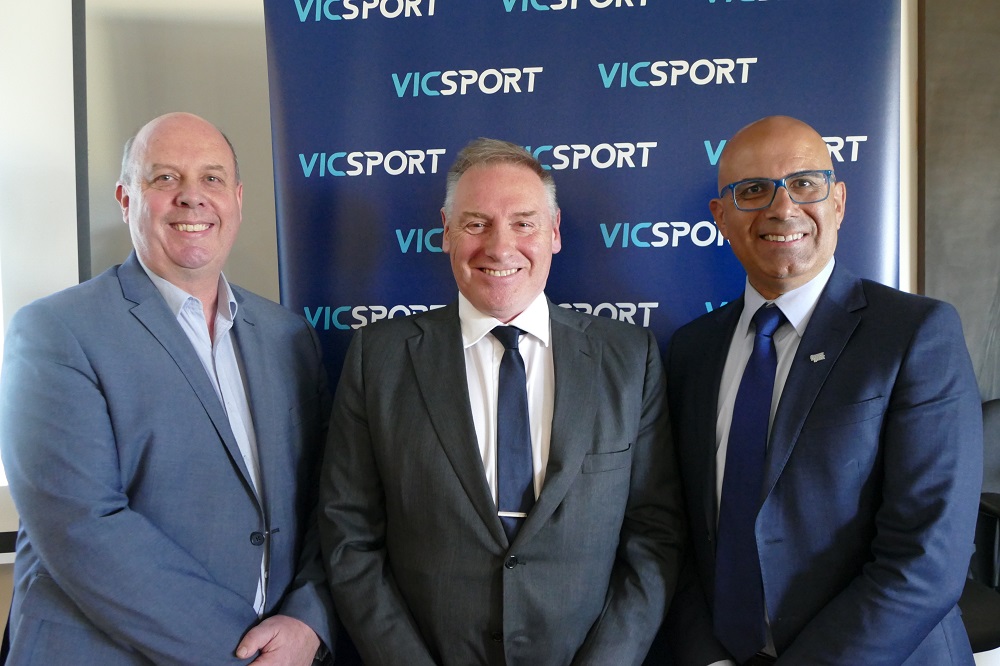 Initially appointed to the Vicsport board in 2016, Ron has also served as Chairman of Vicsport since 2017.

A Graduate of the Australian Institute of Company Directors, Gauci has significant experience in transformational strategy development, execution and knowledge of best practice governance standards across a variety of industries including sport.

Gauci has held directorship positions with several sport related boards including CAMS Foundation, Softball Australia, Melbourne Aces Baseball Club and is a former CEO and Executive Director of the Melbourne Storm Rugby League Club, leading the transformation of the club out of major reputational and financial impacts.

Peter joins Vicsport following 25 years of highly successful experience as an accomplished senior C-Suite executive in sports administration with some of Australia’s most iconic sports and entertainment brands.

Peter’s current role is CEO of Football Victoria (FV) overseeing the state’s 400,000 strong organised participation base across men, women, boys and girls of all abilities across more than 360 clubs.

Since commencing in the role at FV, Peter has made significant progress in developing a new four-year strategic plan and overseeing a 24% rise in participation in 2018. A successful facilities and advocacy strategy has unlocked significant facilities funding (from all levels of Government) for the community to help address the chronic underinvestment in the sport and the facilities gap football is currently facing.

Prior to joining FV, Peter had a successful three years as CEO at the Perth Glory Football Club, leading them out of the salary cap saga that plagued them through the 2014/15 season. He played a critical role in the business transformation of the club and developing and implementing a new strategic plan which led to significant improvements in the club’s operations and commercial achievements.

Peter has developed a strong reputation as a senior sports and entertainment executive with a demonstrable history of major accomplishments in all his roles as the strategic, marketing and commercial lead across a variety of Australian iconic high-performance sports brands. This includes eight years with AFL clubs Hawthorn and North Melbourne, seven years with Etihad Stadium and 18 months with National Sporting Organisation, Swimming Australia.

With a business degree, a graduate diploma in law and 30 years experience contributing to the sport, recreation, art and cultural sectors, Jamie will bring expertise in lobbying Government for increased investment in facilities and a Victorian active voucher style system to get more people more active.

Jamie is a previous board member at Little Athletics Victoria and Football Federation Victoria, has held leadership roles at Netball Australia, World Swimming Championships and Deaflympics Games and is the current CEO at Gymnastics Victoria where he has helped coordinate the Women in Sport Breakfast which has become a mainstay on the Victorian sporting calendar.

Having concluded their tenure on the Vicsport Board at the conclusion of the 2019 AGM, Vicsport wishes to offer its sincere gratitude to outgoing Directors Andrew Walton and Richard Amon.